In 1921 Asher and Feiga (Fannie) immigrated to America from Russia. Asher and Fannie opened a Jewish bookstore in the heart of the New York City ghetto, at 168 Rivington Street, with living quarters at the back of the store.

Asher was a Hebrew scholar who spoke six languages. Fannie was a liberated dynamo who was a homemaker and spent most of her day in the business. Nothing phased her and no task was too difficult, yet Asher and Fannie managed to eke out a meager existence. In 1925, Asher had an idea to manufacture a lead draydel. After a long search he found a tool and die maker who designed the world’s only existing draydel casting machine. Lead is heated in a steel ladel till it melts. The molten lead is then poured into the closed mold. After 15 seconds, the lead sets, at which point the mold is opened and the hot draydel is removed. A good operator like Fannie produced about 75 draydels an hour. The first year was a great success and the exultant duo sold 25,000 lead draydel at 2 cents each, for a total of $500.00 Life for Asher and Fannie was looking up.

Asher and Fannie had a dream and a goal, to build a business which would promote Jewish education and generational continuity. Today, KTAV is famous for its teaching devices, its scholarly publications and its educational texts.

The second generation of the Scharfsteins then ran the company after their parents. Bernie, Asher and Sol standing in front of their headquarters on Canal Street in New York City during the 1960s. Asher, Fannie, Bernie and Sol worked as a team building KTAV Publishing House. In 2004, Ktav was designated a Parents' Choice Award-Winning company. As of 2014, the owner and CEO of Ktav is Moshe Heller 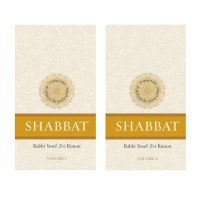 The Crowns on the Letters [Hardcover]