Jewish Enrichment Press Chabad Books by Rabbi Chaim Dalfin who was born and raised in a Chabad-Lubavitcher family, and studied in Chabad yeshivas. He attended the farbrengens of the Rebbe for 25 years, and received his rabbinical training and ordination at the Central Yeshiva Tomchei Temimim Lubavitch-770 in Brooklyn, New York. During that time he studied with numerous Chabad luminaries including Rabbi Yoel Kahn. In 1984, Rabbi Dalfin and his wife were appointed by the Rebbe as Chabad emissaries. Rabbi Dalfin is an internationally known teacher, Mashpia and motivational speaker.He is also a researcher, historian and ethnographer of Chasidism, and the author of over sixty books. He lives in Brooklyn with his wife and children.

Who's Who in Chabad 1 [Hardcover] 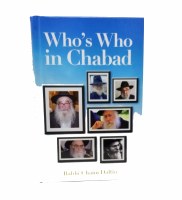 Who's Who in Chabad [Hardcover] 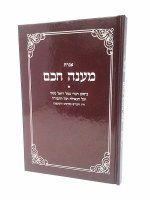