The story of Hazorfim is a remarkable and yet familiar tale: A young immigrant, persecuted in his country of origin, sets out to build a new life in a new land. And so it was for Yosef Merdinger who in 1949 arrived in Israel with little more than his toolbox and the shirt on his back. Inspired by the spirit of silver and his respect for the heritage and tradition of the silversmiths, Yosef's bold vision was to preserve the art of hand-crafting pure silver pieces and Judaica. FRIENDS REUNITED It was not until 1952 that Hazorfim was born. Yosef, an already accomplished Silversmith, teamed up with Wilhelm Kerner and Michael Steinmetz - two friends with whom he had learned the art of hand-crafting silver in their hometown of Tshernowitz, Romania. During these early days, the kitchen in one of their family homes doubled as a workshop, where the three friends perfected their skills recreating classic European designs of beauty and elegance. The dedication to their art and skill in crafting exquisite pure silver pieces soon paid off and when the company had grown sufficiently, Hazorfim moved their creative center to a small warehouse facility in Tel-Aviv. Here the partners gathered an elite group of silver artisans selected for their creativity, skill, expertise, and uncompromising standards. NEXT GENERATION Yosef's son Yakov was given the freedom and encouragement to explore his fatherworkshop and aged just eight he started working at Hazorfim during school vacations. Even at this young age it was apparent that Yakov shared both his fathertalent and his love for the art of hand-crafting silver. By the age of thirteen Yakov was independently designing and bringing to life pieces which are now considered classic examples of the Hazorfim brand. Hazorfim has always been a family business and in 1983, the Merdinger family bought out their two other partners to gain sole ownership. Sadly, not long after, Yosef z”l passed away at which point Yakov took up the mantle of chief designer. Inspired by the values passed down by his father - his creative spirit, innovation, love, and the desire to preserve a unique and traditional art-form, Yakovs’ goal was to ensure that these same values can be found in every hand-made silver design. HAZORFIM From its humble origins Hazorfim has designed and created unique, pure silver artworks, growing in reputation to become both the largest silver plant in the world and the standard bearer for silversmiths around the globe. Now as always, Hazorfim combines traditional techniques with innovation to fashion beautiful, hand-crafted Judaica silver pieces which bring style, beauty and tradition to any home. Now as always, Hazorfimmaster craftsmen imagine and create flawless pieces of ceremonial Jewish art crafted from pure silver, each item preserving the ancient spirit and the art of silver for all generations to come. 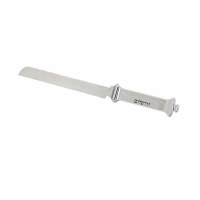 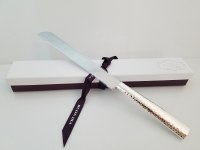 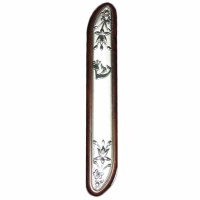