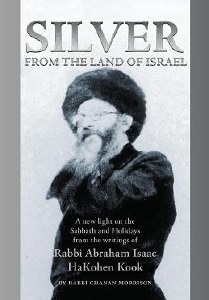 Silver from the Land of Israel

Silver from the Land of Israel: A New Light on the Sabbath and Holidays From Rabbi Abraham Kook
by Rabbi Chanan Morrison

Because of their poetic and mystical nature, Rav Kook’s writings are difficult even for readers who are fluent in Hebrew and rabbinic texts. Silver from the Land of Israel uses a clear, succinct style to provide the reader with a window into Rav Kook’s original and creative insights.

A companion volume to Gold from the Land of Israel on the Torah, this book presents Rav Kook’s thoughts on Shabbat and Jewish holidays. It elucidates his views on many topics, including:

What is the inner meaning of the shofar blasts?

Why are we instructed to drink on Purim?

What were Rav Kook’s views on secular Zionism?

What is the role of art and literature?

Why do we need both an oral and written Torah?

Why must the Jewish calendar be set in the land of Israel?

Why does a Jewish king need his own sefer Torah?

In what way is the Shabbat like a bride?

Why do we not celebrate Chanukah with a festive meal?

Why is the Temple so important to us?

Rabbi Abraham Isaac Kook (1865-1935), the celebrated first Chief Rabbi of pre-state Israel, is recognized as being among the most important Jewish thinkers. Just as his writings reflect the mystic’s search for underlying unity in all aspects of life and the world, his unique personality united a rare combination of talents and gifts. A prominent rabbinical authority and active public leader, Rav Kook was, at the same time, a deeply religious mystic. He was both Talmudic scholar and poet, original thinker and tzaddik.

After graduating with a B.A. in mathematics from Yeshiva University (New York), Rabbi Chanan Morrison studied for several years at Yeshivat Mercaz HaRav, the Jerusalem yeshiva founded by Rav Kook in 1924. He was ordained after completing rabbinical studies in the Ohr Torah Stone (Efrat) and Midrash Sephardi (Jerusalem) rabbinical seminaries.

Rabbi Morrison taught Jewish studies for several years in Harrisburg, PA, before returning to Israel. He and his family subsequently settled in Mitzpe Yericho, an Israeli community in the Judean Desert.

In an effort to maintain contact with former students, Rabbi Morrison began emailing articles on the weekly Torah portion based on Rav Kook’s writings. Over the years, this email list grew quickly and now reaches thousands of readers from all over the world. Rabbi Morrison is frequently featured in the Torah section of the Arutz Sheva website, and his work can be read on his own website at http://ravkooktorah.org. His first book of essays of Rav Kook’s writings, Gold from the Land of Israel, was published by Urim Publications in 2006.


Praise for Gold from the Land of Israel by Rabbi Chanan Morrison:

"Gold from the Land of Israel is a wonderful introduction to the profound teachings of HaRav Avraham Yitzchak haKohen Kook zt"l. In these succinct and clearly-written essays, Rabbi Morrison has succeeded in expounding on major themes from Rav Kook’s thought. Those who are not familiar with the Rav’s teachings will be exposed to the profound ideas and remarkable scope of his writings.

Rav Kook zt"l was one of the outstanding scholars of his time, and his teachings and writings are the cornerstone of Jewish life in Israel today. By entering the realm of Torah as presented by Rav Kook, one strengthens his bonds to Eretz Yisrael.

Not only is this book a tremendous boon for English-speaking readers, but the translation of Rav Kook’s writings enables them ‘to awaken the holiness hidden in each language.’"
-Rabbi Yehoshua Magnes, Rosh Yeshiva, Mercaz HaRav Yeshiva


"Rabbi Morrison has done a remarkable job in presenting the teachings of Rav Kook, a giant of twentieth century Jewish thought, in a clear and approachable fashion. I highly recommend this book for anyone seeking a good introduction to the inspiring wisdom of this preeminent scholar."
-Rabbi David Samson, Author of the "Lights on Orot" series

"Rabbi Morrison’s book is a treasure. For those who cannot fully appreciate Rav Kook’s writings in Hebrew, this volume makes his genius accessible. From a discussion of the importance of the white space in the Torah scroll to the importance of wearing tzitzit, the Rav’s eloquence, Torah knowledge, and love for all Jews combines for a ‘confluence of physical and metaphysical light.’ This book is highly recommended for its philosophical discussions as well as its practical insights into the Torah readings."
-Association of Jewish Libraries Newsletter

Silver from the Land of Israel: A New Light on the Sabbath and Holidays From the Writings of Rabbi Abraham Isaac HaKohen Kook 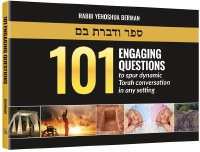 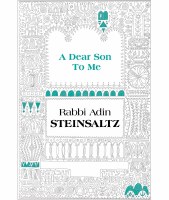 A Dear Son to Me [Hardcover] 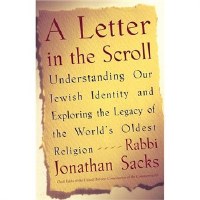 A Letter in the Scroll

A Time to Speak - Paperback

A Universe Made for Two [Hardcover] 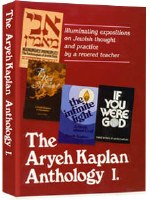 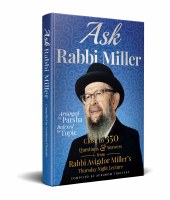 Beyond What the Eye Perceives 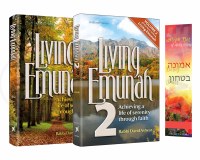 Call to the Infinite [Hardcover]